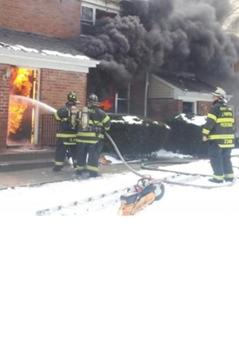 The Fire Department serves and protects the lives, property and interests of the citizens and proprietors of the City of Peekskill.

Chiefs: The Chief of the department is Robert Fiorio, the First Assistant Chief is Vinny Malaspina, and the Second Assistant Chief is John Rose. TThe Deputy Chiefs are John Esposito, Robert Boddie, James Howard, John Pappas and Lenny Varella Jr. The Chief and his assistants are responsible for all daily operations of the department. The responsibilities include but are not limited to firefighting, purchasing, reporting, staffing, maintenance and public relations.